I’ve owned this beast for six months now: and I’m still in love

Back in April when I wrote my review of the Crumar Seven I made it clear I was impressed. Six months on, I’ve spent quite a few hours with it, including a handful of gigs where I’ve had it as my bottom board, with a Yamaha MODX7 sitting on top of it (and yes it sits there pretty nicely).

What are my tips after putting it through its paces?

Again, read my full review for all the details, but this is a board I plan on playing and gigging with for a long time to come. 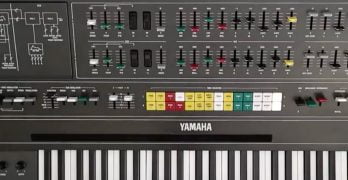 A classic beast gets a comprehensive examination GForce Software, makers of … END_OF_DOCUMENT_TOKEN_TO_BE_REPLACED