You are here: Home / Tech News / Roland Fantom Gets Its First Sound Expansions

Roland’s new Fantom 6, 7 and 8 have only been in the wild six weeks or so, but some sound expansion sets are starting to hit the market. Roland themselves have released six sound sets and they’re free – at least for now.

The six sets are:

I’ve had a listen and there’s some damn nice sounds in there that will catch the eye of potential buyers. Some of the sounds from the Studio Sounds and Stage Piano sets particularly appealed to me.

However, the elephant in the room remains: organs. Hopefully that’s something to be remedied in the near future.

Have a listen to all the sound sets for yourself, right here.

Would love to hear your thoughts after you have a listen. 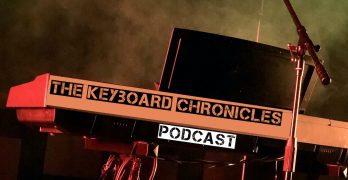 We delve into the pop genre, speaking with Bonnie McIntosh on everything from … END_OF_DOCUMENT_TOKEN_TO_BE_REPLACED